There are two components to the procedure. First, a small stomach pouch, approximately one ounce or 30 milliliters in volume, is created by dividing the top of the stomach from the rest of the stomach.

which translates into less calories consumed. Additionally, because there is less digestion of food by the smaller stomach pouch, and there is a segment of small intestine that would normally absorb calories as well as nutrients that no longer has food going through it, there is probably to some degree less absorption of calories and nutrients.

Most importantly, the rerouting of the food stream produces changes in gut hormones that promote satiety, suppress hunger, and reverse one of the primary mechanisms by which obesity induces type 2 diabetes.
Advantages
1. Produces significant long-term weight loss (60 to 80 percent excess weight loss).
2. Restricts the amount of food that can be consumed.
3. May lead to conditions that increase energy expenditure.
4. Produces favorable changes in gut hormones that reduce appetite and enhance satiety.
5. Typical maintenance of >50% excess weight loss. 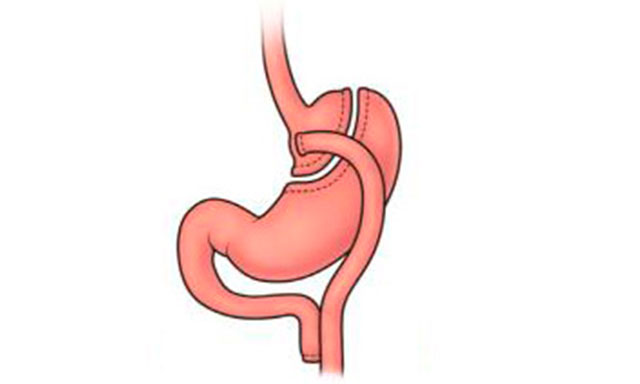 1. It is technically a more complex operation than the AGB or LSG and potentially could result in greater complication rates.
2. It can lead to long-term vitamin/mineral deficiencies, particularly deficits in vitamin B12, iron, calcium, and folate.
3. Generally has a longer hospital stay than the AGB.
4. Requires adherence to dietary recommendations, life-long vitamin/mineral supplementation, and follow-up compliance.

You can learn more on our YouTube channel.
Watch videos
doctorpasten@gmail.com